Discover the highlights of Kochi. Kochi was a fishing village in the Kingdom of Kochi in the pre-colonial Kerala. Kochi is also known as the “Queen of Arabian Sea”. Kochi was the centre of Indian spice trade for many centuries, because of its rich spice history kochi was attracted by most of the foreign traders. Kochi was the first European colonies for Portuguese in the colonial India from the year 1500-1663, followed by Dutch and later by the British. It is the old buildings which most clearly reveal this deep-rooted colonial influence. In 1947, when India gained independence from the British colonial rule, Cochin was the first princely state to join the Indian Union willingly. We operate various tours in and around Kochi including Kochi city sight seeing tours in Fort Kochi, Mattancherry and surrounding areas in the very local auto rickshaws (tuk-tuk) so that you can enjoy the local places to the maximum. We also provide taxi tour packages in A.C. cars to go beyond local town to other parts of Kerala like Munnar and more. We invite you to come explore Kochi with us to take home with you a wonderful experience of Kochi. You can find some of our popular tours below.

Popularly known as the Dutch Palace, the Mattancherry Palace is a Portuguese palace in Mattancherry, Kochi, in the state of Kerala. Mattancherry Palace is now a museum displaying paraphernalia belonging to the rajas of Kochi. Visit this destination to learn about the fascinating history of Kerala through the medium of irreplaceable artefacts and embellishments. The grandeur of Mattancherry Palace lies in its simplicity and it is built in the typical Kerala style mansions reserved for the nobility. The four separate wings of the Mattancherry Palace surround a central courtyard which has a temple as well. It features murals depicting portraits and exhibits of the Rajas of Kochi. They have been painted in warm colours using the tempera technique and consists of a portrait gallery of the Cochin Rajas and beautiful mythological murals. 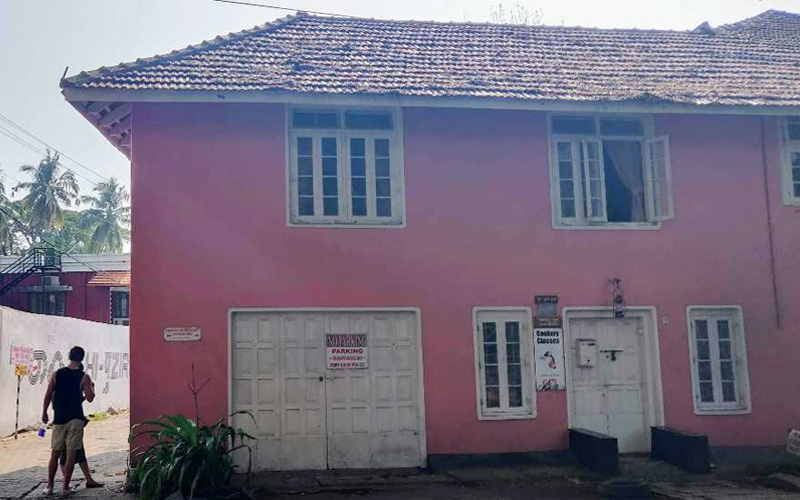 Fort Kochi is a seaside town in the south-western part of Main Kochi which is known for its old-world colonial charm. The place still holds on to every single cultural change it has gone through over the centuries. We can see remnants of British rule all over the country. But tourists flock hear all around the year to have a glimpse of how Portuguese or Dutch colonialism affected parts of our country. The quaint city is dotted with similar structures and has an overall ambience that keeps reminding you of the colonial powers that once ruled over the place.

The fort region of Kochi has seen the rise and fall of some European powers, mainly the Portuguese and the Chinese before that and the Dutch after, before it went under the nation-wide British rule in the 18th century. Fort Kochi is dotted with European structures, churches and other architectural buildings which take you right back to a different era back in time.

It has that effect on the travellers, where they get absorbed by the serene surroundings and unique architectures. Unlike most forts of middle and northern India, Fort Kochi is not about historical fortifications, canons and ruins of old palatial buildings. Till date, it has the vibe of an ancient colonial city with its toy-town like streets, colourful and charming buildings and a picturesque view out at the beach – much like the small towns of southern Europe. 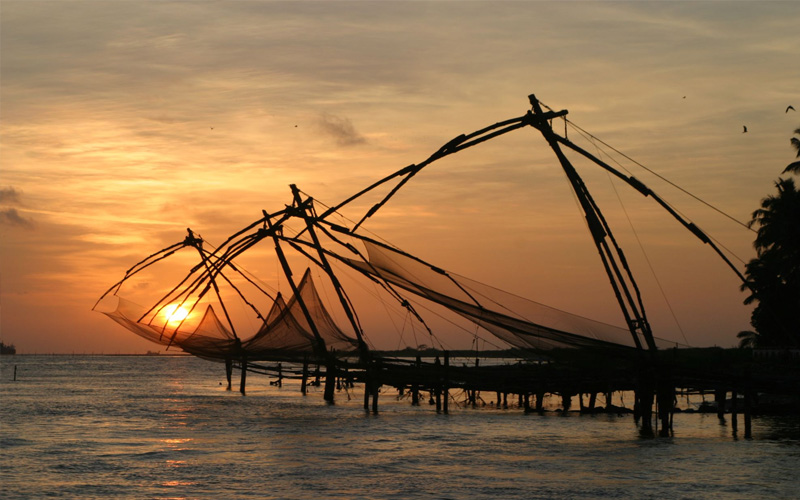 Popularly known as Cheenavala, the Chinese Fishing Nets are the most iconic and popular attractions of Kerala peculiar to Kochi located next to Fort Kochi. One of the significant cultural symbols of Kerala, the spot is also one of the most photographed places in all of town, attracting hordes of tourists and photographers on an everyday basis. The image of the beautifully silhouetted fishing nets against the backdrop of clear waters at sunset is really appeasing and makes up for a breathtakingly beautiful sight.

The Chinese Fishing Nets are basically vast fishing nets which are fixed on bamboo and teak poles. They are then let down into the sea through unique mechanisms and by weighing them down with large stones tied to ropes. These nets are left in the sea before they are pulled back again by tugging the ropes after collecting a significant amount of catch. Considered to be the ingenious way of fishing, these majestic Chinese fishing nets are operated by four to six fishermen and watching this spectacular process is in itself a spellbinding experience. 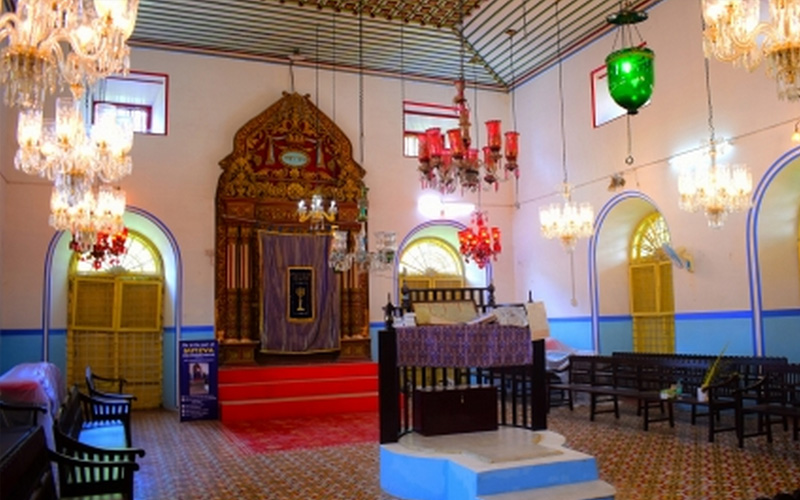 Also known as Cochin Jewish Synagogue or Mattancherry Synagogue, Paradesi Synagogue is the oldest active synagogue, not just in Kochi but in the Commonwealth of Nations. Located in the Jew Town area of Kochi, the synagogue was constructed in 1567 and is one of the seven synagogues of the Malabar Yehudan or Yehudan Mappila. The synagogue shares its walls with the Mattancherry Palace and was built by Spanish- speaking Jews; therefore, it is also known as ‘Paradesi’ meaning ‘foreigners’. Boasting of rare antiques including beautiful chandeliers, clock tower, brass railed pulpit, Chinese hand painted tiles etc. and striking architecture, the synagogue has four buildings of its own. In 1662, the synagogue was ruined by the Portuguese but was later renovated by the Dutch after 2 years. 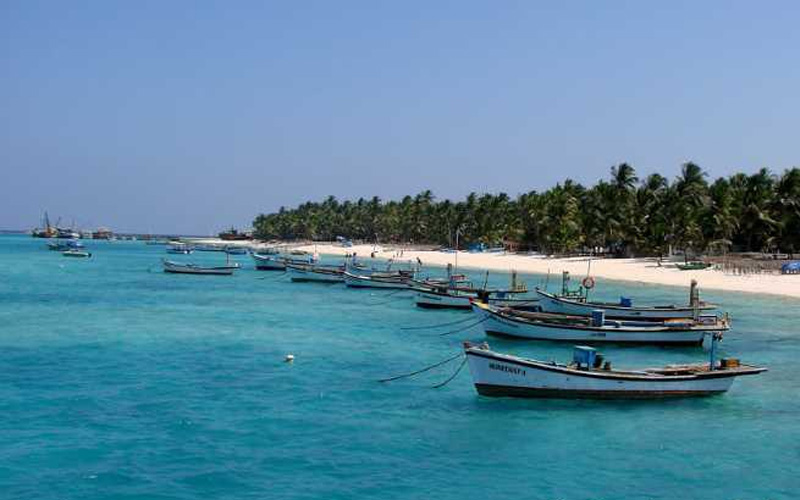 The Willingdon Island is one of the largest human-made islands in India which is named after Lord Willingdon, the British Viceroy of India. This beautiful island provides various links between Kochi port and other national and international ports. Furthermore, the island is home to some of the lavish hotels and commercial and industrial buildings of the district. It is between Ernakulum Jetty and Kochi Port and the ferry costs around INR 6. There is a bridge that connects the mainland of Kochi to Wellingdon Island. This human-made island also serves as the headquarter for the southern naval command of India.

Created by Sir Robert Bristow, a visionary harbour engineer, the island is significant as it is the habitat for the Port of Kochi, the Kochi Naval Base of the Indian Navy and Central Institute of Fisheries Technology. Apart from commercial purposes, the island has a museum and natural habitat to explore. 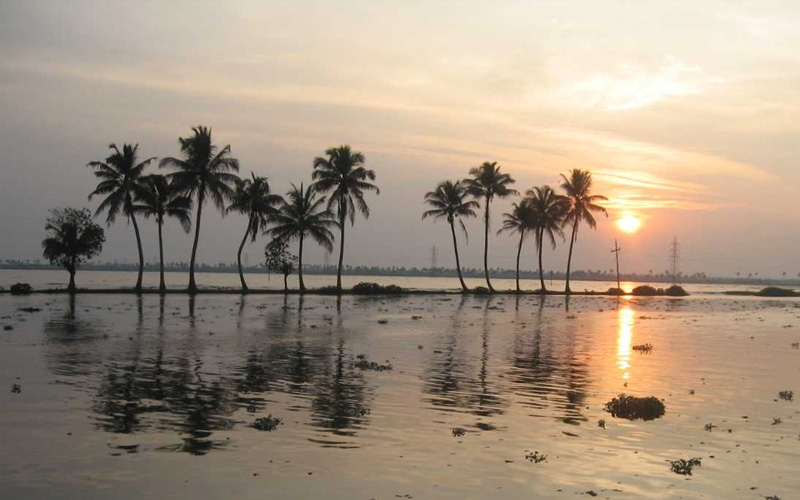 Veeranpuzha is a beautiful lake in Kochi along with a series of brackish lagoons and lakes lying parallel to the Malabar coast, which form beautiful backwaters. 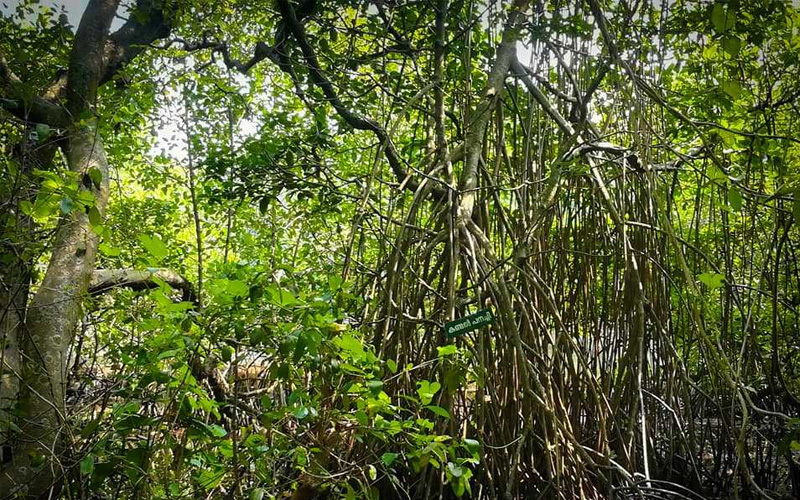 The Mangalavanam Bird Sanctuary sprawling over 2.74 hectares is situated in the heart of the lively city of Kochi. Comprising of 18-acres of Mangroves which is home to a large variety of migratory birds and densely populated species of trees and plants. In the middle of the sanctuary, there is a shallow tidal lake present which is surrounded by thick mangrove vegetation and is connected to the backwaters of Kochi via a canal.

One of the major attractions is the beautiful watch tower which overlooks the sanctuary thereby giving a superb view to the tourists. According to a survey which was conducted in 2006, it is home to as many as 194 birds belonging to 32 different species. Back in 2004, Mangalavanam was declared as a protected area because of being home to the breeding birds and unique mangrove vegetation. The sanctuary is also known as the green lung of Ernakulum due to it being a posh wetland comprising of rare species. Get on top of the watchtower to get a beautiful view of the Bird Sanctuary.

The Kerala Forest and Wildlife Department also conducts a free nature camp at the sanctuary which is attended by tourists from different parts of the world. Administered and controlled by the Assistant Conservator of Forest and Wildlife Warden Mangalavanam Bird Sanctuary of Nature Study Center Kalady, the Mangalavanam Bird Sanctuary is a wonderful place to visit with your friends and family. 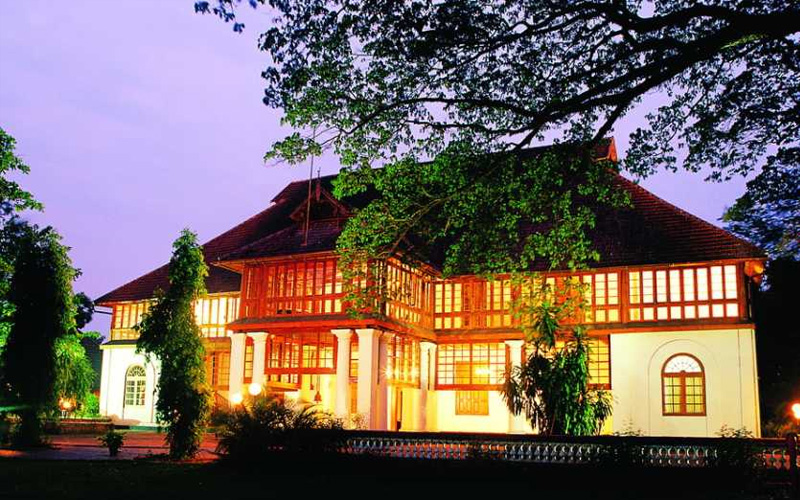 Bolgatty Palace is located in Bolgatty Island of Kochi and is one of the oldest existing Dutch palaces that is situated outside Holland. It is an exquisite example of the Kochi style of architecture. Built in 1744 by Dutch traders, it was later extended, and gardens were landscaped around it. Green gardens, azure skies and the virgin charms of Kerela are aplenty at the Bolgatty Palace. Owing to its picturesque surroundings and rich history, the building has also served as the Governor’s palace for the commander of Dutch Malabar and was the home of the British. Today, it has reestablished itself as a luxury hotel and is a favourite among couples.

True to its name, the Bolgatty Palace is palatial in every sense of the word. The edifice is surrounded by carefully manicured gardens that make for a delightful spot for an evening walk. Inside, the palace is divided into three distinct sections, the Main Block, the Marina Block and the Mansion Block. The most popular section of the Bolgatty Palace is the Marina Block which overlooks Kochi’s International Marina. Four luxury rooms are fitted with plush amenities which warrant a comfortable stay. In addition to this, you can also enjoy provisions such as Lake Front Cottage, swimming pool, in-house restaurants and conference hall. Visit Bolgatty Palace for a luxurious stay that will rejuvenate your mind, body and soul. 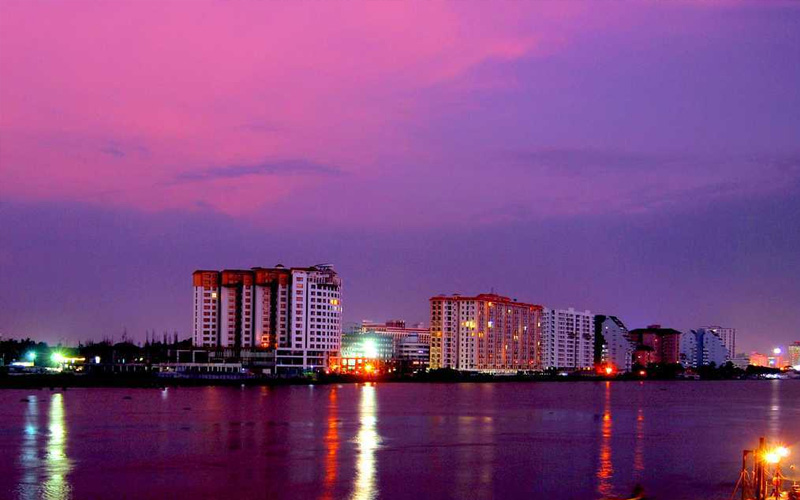 Overlooking the serene backwaters of Kerala is Marine Drive, one of the most popular hangout spots in the city of Kochi. It is a picturesque promenade with a walkway of about three kilometres and is a fantastic place to spend some time leisurely, either in the company of loved ones or even some alone time. The walkway of Marine Drive is filled with people during the evening who visit the place to have the view of the sun setting over the calm sea. Unsurprisingly, this is quite a popular destination for morning and evening walks as well.

Boulevard of Marine Drive stretches from Jankar Jetty in the north to the Ernakulam Boat Jetty in the south. Important landmarks nearby include The Marine Walkway, The Rainbow Bridge, The Houseboat Bridge, The China Net Bridge and GCDA Shopping Complex. So if you are looking to discover the very essence of what Kochi is all about, Marine Drive is just the place for you. The backdrop of this place is the backwaters, with ships anchored at the harbour and that interests the tourists even more. The best thing about Marine Drive is that it is well maintained and cleaned properly and also has sitting arrangements for the visitors. The construction of the Rainbow Bridge and the Chinese Fishing Net Bridge has enhanced the beauty of the Marine Drive even more. There is also a Children’s park built near the Marine Drive, which is especially delightful for your little ones.